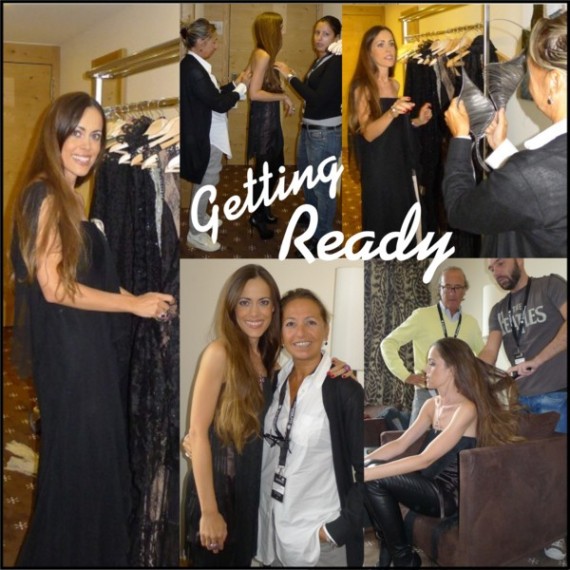 from sandrascloset.com:  “Amedeo Turello is one of the most renowed photographers in the world. Since 1999, he has dedicated himself to fashion photography and I have been admiring his work since then. Therefore you can surely imagine how honoured I felt to meet him during the St. Moritz Art Masters 2012. ..

Through his lens, the charming Italian has revealed the individual personality of a wide range of celebrities, such as Naomi Campbell, Dolce & Gabbana and Roberto Cavalli. Amedeo was one of the first image makers to believe in Dita Von Teese as a fashion icon and it is largely thanks to him and his shooting “The Mistress and her Pupils” that she was launched in the fashion arena…
Can you imagine how amazing it felt to be in front of his camera?! 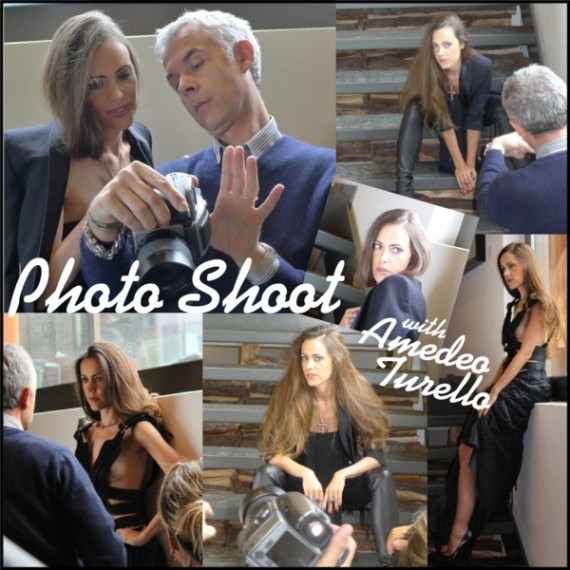 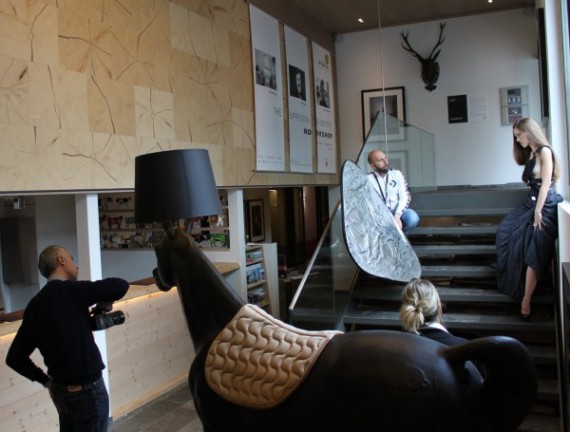 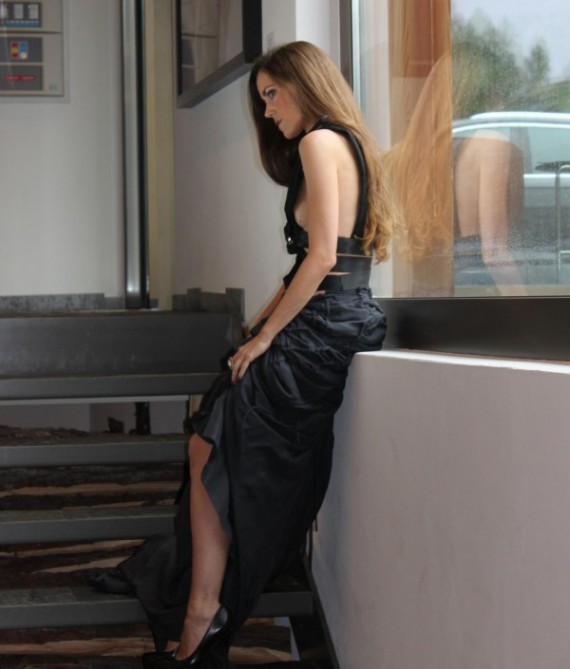 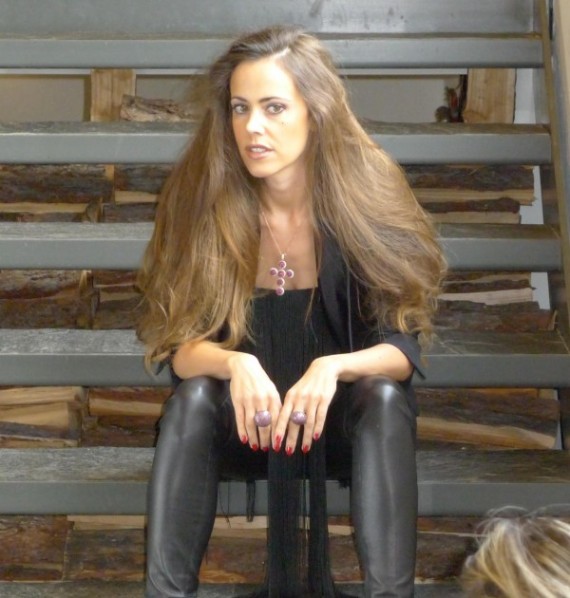 Amedeo  has a great team working with him who took care of my hair and the outfits.  Rosanna Trinchese, Fashion and Creative Director of RENE’OLIVIER PRODUCTIONS had some S/S 2013 looks for me to wear.

The dark long dress in the first photos is by Lila Morency, the jewels are by Azhar.

The second look further down is a combination of Rosanna’s pieces and my own: Fringed top by Avaro Figlio, jewels by Azhar, and my structured tuxedo jacket by Balmain,  streatch leather leggins

by Yves Saint Laurent.All these photos of the shoot were just randomly taken. I am so excited to see Amedeo’s final result and of course, I will keep you posted the minute I have received it. In the meantime enjoy those “behind the scene shots”.